There have been many years in which I have cooked for an army during the holidays. Sometimes it was a mountain of latkes, brisket, and sufganiyot for Hanukkah. Others, it was turkey with stuffing and all the side dishes in the world for Christmas luncheon. The past few years, however, have been softer, quieter. Relatives do the majority of the cooking for massive Christmas get-togethers, while I just put together a Yule (solstice) dinner for two to four people.

This time of year is quiet and sacred for me, and is usually a time of reflection by the fireside while snow falls softly over the forest nearby. Ancestors are honoured, and so the foods I make for Yule dinner honour them, in my own way.

These usually involve crispy potato pancakes for both my Slavic and Sephardic ancestry, topped with gravlax or roe for the Swedish and Dane bloodline. Pan-fried Brussels sprouts, pickled beets, and roasted chestnuts usually make an appearance, and since I’ve been living in Quebec for the past five years, my own version of tourtière is served as the main dish. The genii loci seem to nod their approval, at least, even if I skip the cloves and cinnamon in favour of summer savory and thyme. 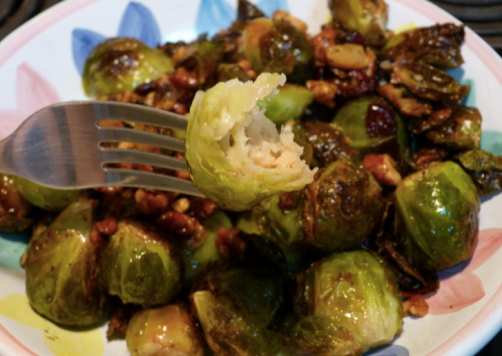 Not normally a dessert person, I tend to serve the roasted chestnuts an hour or two after the main meal has been eaten, accompanied by local cheese and whatever fruit I can get my hands on, out here in the wild. This year I’ll also bake a small lemon and poppyseed drizzle cake, both because I crave lemons in wintertime, and because MK was kind enough to give me a Meyer lemon and so help me I am going to use it for something special.

Unlike the formal dinners of my youth, this is a very human, gentle meal that’s eaten where all are most comfortable. Sometimes this has been at the dining table, other times it’s been like a picnic, sprawled by the fireside in a nest of blankets. When it’s -30C outside, hearthside is a rather glorious place to eat, believe me. There will be candles, a plate set aside to honour those not present, and appreciation for the fact that the light will soon return. 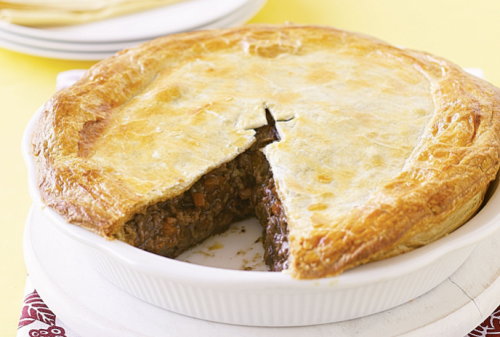 I use Anna Olson’s gluten-free pie crust recipe and just omit the sugar:

In a large bowl, combine the rice flour, tapioca starch, and salt. Cut the cream cheese and butter into half-inch pieces, and use a pair of knives or forks to cut them into the dry ingredients until a crumbly texture starts to form. In another bowl, beat the eggwhites until they’re frothy, then add to the dough, mixing well until a softer, more homogenous dough forms. Split this into two balls, flatten them into discs, wrap in plastic or waxed paper, and freeze for 40 minutes or so.

Once chilled, take one disc out of the freezer, and roll out between a couple of sheets of parchment or waxed paper until it’s about 12 inches in diameter. Flip this onto a greased 10- or 11-inch pie plate, and remove any paper from it.
Fill it with pie crust weights or dry beans, and bake for 8-10 minutes to firm it up. Remove from the oven, pour out the beans or weights, and set aside to cool for another 10 minutes or so. 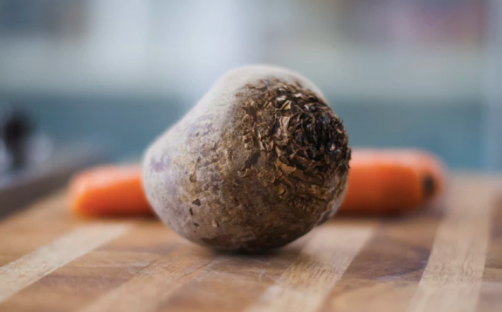 This is a perfect opportunity to use some of the root vegetables that have been in storage since the last harvest.

Heat the oil in a large skillet on medium heat, then add half the onions. Stir frequently until they start to go translucent, then add all the root vegetables and chopped garlic. Sprinkle half the salt, pepper, garlic powder, and herbs over them, toss them well, and sautee the lot until the vegetables begin to brown and soften. Remove from heat.

In another pan, repeat the process with the remaining onion, and when it softens, add the ground meat mix and the remaining herbs and spices. Stir well, and continue to cook the meat until it’s almost cooked through. Drain the juices into a smaller saucepan, then combine the meat and vegetables in a large bowl. Add the peas and corn, and mix well.

Take the saucepan with the juices in it, add in the butter, and melt that on medium-low heat until the butter melts. Stir the flour in bit by bit, stirring it gently until it browns and cooks through, then whisk in the chicken stock. Keep whisking this thoroughly until it thickens into a wonderful gravy, making sure to get rid of all lumpy bits, then pour it over the meat and veg mixture in the large bowl, and stir it all together well.

Transfer this mixture into the pre-baked pie crust bottom, and use a spatula to spread it around evenly. Then remove the other pie pastry from the freezer and repeat the rolling-out process. Once flattened nicely, cover the meaty mixture with it, pressing firmly around the edges to create a good seal. If this pastry is large enough, you can even fold it over the edges.
Then, use a knife to cut a few holes in the pastry top to allow steam to escape.

Brush the top of the pie with a bit of beaten egg or melted butter, pop it into the oven, and bake for about 40 minutes, or until the pastry is a lovely golden colour. Remove, and allow to cool for 10 minutes or so before serving.

One thought on “Rustic Yule Dinner”